I was very worried about sending Liliana to school. She is on the younger side. Her growth is 1.5 years behind. And she is usually off in her own world. She's a lot like I was when I was little, but I have a January birthday, so I wasn't as young. We have gone back and forth the past year about whether or not to put her in, and finally decided we would try it out and make a decision based on how she does.

I am happy to say that Liliana loves school. She is excited to get on the bus in the morning and comes home happy in the afternoon. She has brought home a smiley face every day this week, meaning that she has not disrespected the rules to the point of moving her green card to yellow. She remembers songs she learns in class and sings them to us. And, the biggest improvement I've seen, is she fine motor skills- which are way behind most 5 year olds. She is now trying to color in the lines, use different colors in her pictures, attempting to draw specific things, and writing her name... although she does it in a very interesting way. Maybe she's from the Middle East? 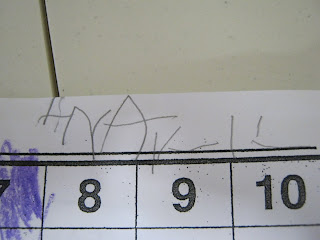 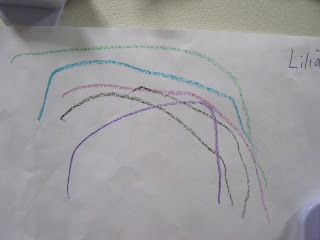 This is a duck, she said. 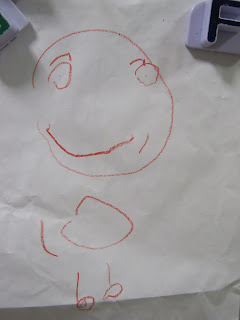 Again, her name backwards, as well as an example of better coloring. 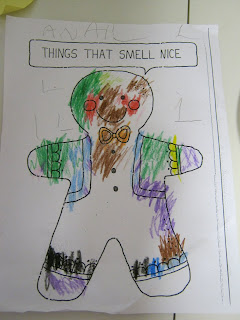 She has a cute song that goes with this puppet. 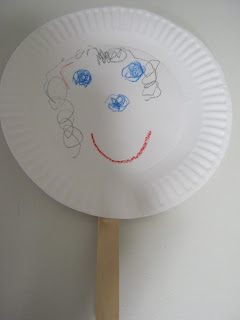 So far, so good. Maybe she's more like me than I knew. After all, my grandmother told my mother not to expect me to do so well in school, since I was off in my own world, as well. :)
Posted by Shawna at 4:12 PM

My views on politics and religion can be found at http://civilpoliticsandreligion.blogspot.com/

This would be the tall, dark, and handsome man

My thought-provoking, curly haired beauty, with a (huge) sensitive side

Our dictator in training, with an unpredictable sweet side

Our own little prince

The People I Stalk